failure is important: When you win, party like mad.
probably, he who never made a mistake never made a discovery

Professor Mark Dodgson, Director of the Technology and Innovation Management Centre at the University of Queensland, suggests that failure doesn't get the credit it deserves. He points out the positive side of failing. *****read or listen to it here******

*Bridge design has always learned from failure.
*We continuously witness failures in science, technology and business.
*Many new ideas, or innovations, fail because of the sheer complexity of the science or technology or businesses or markets they emerge from.
*Most importantly it entails personal recognition that failure is a valuable opportunity to learn, reflect and develop the strength of our characters.
*It also points to the value of perseverance.
*The other side of failure is that celebrating our occasional successes is hugely important
Posted by Bencap at 5/28/2008 04:21:00 pm No comments: Links to this post

Email ThisBlogThis!Share to TwitterShare to FacebookShare to Pinterest
Labels: Mark Dodgson, On failing successfully, the University of Queensland

Email ThisBlogThis!Share to TwitterShare to FacebookShare to Pinterest
Labels: When we fall


Jiang Xiaojuan, 29, a policewoman from Jiangyou County Public Security Bureau, nurses a baby orphan at a shelter on May 16 in the quake-struck Sichuan Province. She breast-fed some babies who had lost their parents during the deadly earthquake on May 12, leaving her own 6-month-old child with her parents.
Posted by Bencap at 5/20/2008 05:29:00 pm No comments: Links to this post

The Polemics of Padre Pio

SAN GIOVANNI ROTONDO, Italy, MAY 16, 2008 (Zenit.org).- When the remains of St. Pio da Pietralcina, known as Padre Pio, were displayed recently, something of a confrontation between believers and skeptics ensued.

Nearly 800,000 faithful made reservations to view the remains. Non-believers derided the show of popular piety.

A similar showdown is reflected in two books about the saint.

Historian Sergio Luzzatto wrote a book titled "Padre Pio. Miracoli e politica nell'Italia del Novecento" (Padre Pio: Miracles and Politics in 20th-Century Italy), in which he accuses Padre Pio of being an impostor who inflicted the stigmata on himself.

ZENIT interviewed Tornielli, Il Giornale's Vatican reporter, about the confrontation between believers and skeptics in the case of Padre Pio.

Q: What do you think about the decision to exhume and display Padre Pio's remains?

Tornielli: […] There are many bodies of saints that are on display. Blessed John XXIII is under a crystal case in St. Peter's. I don't recall there being such barbed criticisms when the Pope's remains were displayed.

Q: Why are there so many criticisms? Is it a revolt against the saint or against the Church and people who venerate saints?

Tornielli: One must certainly avoid every kind of fanaticism: The point of the veneration of the saint and the saint's relics is to reinforce our faith in that Jesus whom the saint followed, and to show how the grace of God passes through the fragility of those who are destined to become dust.

Having said this, however, I see a great deal of intellectual conceit on the part of those who feel themselves capable of judging -- of certain "intelligentsias" who view the veneration of saints, popular piety, etc. as expressions of a childish, puerile, uncouth nature. In sum, something to look down upon. It is a shame because it was precisely this simple and powerful faith, through the shrines, that preserved itself even during the post-conciliar tempests. I believe that it is a matter of a critique of people who venerate saints.

Q: Could you explain the main points of your book responding to Luzzatto's accusations?

Tornielli: Luzzatto raised suspicions without getting to the bottom of any of them. He cast the stone and then hid his hand. He read only parts of documents; he made huge mistakes and errors. He cited documents in which it is inferred that Padre Pio asked a pharmacist for carbolic acid and veratrine but he did not explain that on the basis of other documents, it is quite clear what Padre Pio used these things for.

The "historian of the 21st century," as Luzzatto loves to call himself, never bothered to look at a 21st-century medical textbook: He would have discovered there that those acids cannot cause stigmata, nor keep them open and bloody for 50 years. Indeed, the contrary is true: They would have had a cauterizing effect.

In Luzzatto's book, Padre Pio is presented as an icon of clerical fanaticism: an unproven and an indemonstrable thesis, based on nothing, indeed, based on a truly quite grave historical error, given that the "professor" does not know how to read documents and "forgets" to write that during the uprisings in San Giovanni Rotondo in the 1920s a police officer died, assassinated by socialist demonstrators and that this death was the cause of the severe repression. In sum, from the historical point of view, Luzzatto's imaginative presentation completely falls apart.

Q: What is it in the sanctity of Padre Pio and in the proclamation of saints invoked by the people and verified by the Catholic Church that is displeasing to a certain modern culture?

They do not like it that there are people who speak of the devil as a person who intervenes in our life and in history, they do not like a simple man of the people -- who does not have degrees or writes for the cultural pages of some newspaper or has academic titles -- clearly showing the beauty and the fascination of the Christian experience and the life of prayer. They do not like the reversal that we see in the Magnificat: "He cast down the mighty from their thrones and raised up the lowly."

Q: After so much study of Padre Pio, what is the idea that you have of this friar who spent the greater part of his life hearing the confessions of people's sins?

The other aspect that really struck me has to do with his obedience: In a world in which any visionary -- or one who presumes such [experiences] -- feels free to do what they want and disobey the authority of the Church, Padre Pio teaches that the true mystic and ascetic always accepts that authority. In this too the friar from Pietralcina is an example and a model of true sanctity.

The Secret behind the Hebrew alphabet

A History of God

A prayer: Balloons, kites and plants 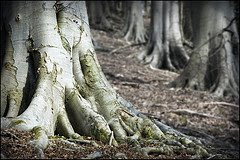 It is hard to be a little plant, spreading the roots, learnig to sustain, then to flower.
The problem with many, are that they just want only to flower....
how can be there any flower without any roots....

Lord, give me the wisdom to be deep rooted in you,
and thus to sustain in you,
and then to flower in you
you are where should i grow and discover.

Email ThisBlogThis!Share to TwitterShare to FacebookShare to Pinterest
Labels: Balloons, kites and plants 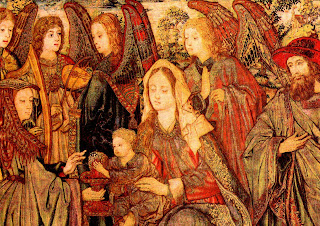 The mystic desires what Omar Khayyam calls wine;
the wine of Christ, after drinking which, no one will ever thirst.

Reclaiming the Feminine Mystery of Creation...

"Then creation recognized its Creator in its own forms and appearances. For in the beginning, when God said, 'Let it be!' and it came to pass, the means and the Matrix of creation was Love, because all creation was formed through Her as in the twinkling of an eye."
- The Holy Spirit as Sapientia St. Hildegard von Bingen

THE MATRIX OF CREATION

The feminine is the matrix of creation. This truth is something profound and elemental, and every woman knows it in the cell of her body, in her instinctual depths. Out of the substance of her very being life comes forth. She can conceive and give birth, participate in the greatest mystery of bringing a soul into life. And yet we have forgotten, or been denied, the depths of this mystery, of how the divine light of the soul creates a body in the womb of a woman, and how the mother shares in this wonder, giving her own blood, her own body, to what will be born. Our culture’s focus on a disembodied, transcendent God has left women bereft, denying them the sacredness of this simple mystery of divine love.

What we do not realize is that this patriarchal denial effects not only every woman, but also life itself. When we deny the divine mystery of the feminine we also deny something fundamental to life. We separate life from its sacred core, from the matrix that nourishes all of creation. We cut our world off from the source that alone can heal, nourish and transform it. The same sacred source that gave birth to each of us is needed to give meaning to our life, to nourish it with what is real, and to reveal to us the mystery, the divine purpose to being alive.

Because humanity has a central function in the whole of creation, what we deny to ourself we deny to all of life. In denying the feminine her sacred power and purpose we have impoverished life in ways we do not understand. We have denied life its sacred source of meaning and divine purpose, which was understood by the ancient priestesses. We may think that their fertility rites and other ceremonies belonged only to the need for procreation or a successful harvest. In our contemporary culture we cannot understand how a deeper mystery was enacted, one that consciously connected life to its source in the inner worlds, a source that held the wholeness of life as an embodiment of the divine, allowing the wonder of the divine to be present in every moment.

Email ThisBlogThis!Share to TwitterShare to FacebookShare to Pinterest
Labels: the Feminine Mystery of Creation