Jesus is the reason for this season: Happy Christmas!!! 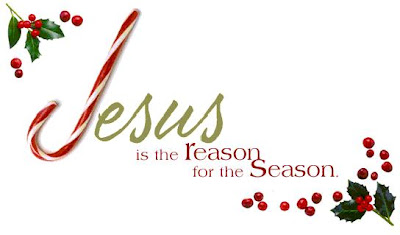 Thulasiraj Ravilla: How low-cost eye care can be world-class

I have always wondered how they do it....
everyone travels to ARAVIND for eye surgery....
here they tells how... a TED video

Last re-post was a TED-talk by sashi tharoor.
now, a re-post from his son,  Ishaan Tharoor, from time.com.

How to Rule India: Break It Into Even More Pieces?

In mid-October 1952, an acolyte of Mahatma Gandhi named Potti Sriramulu invoked the tactics of his teacher and went on a hunger strike. The nation of India — at the time just five years old — was still finding shape after centuries of division and colonial rule, with many of its diverse regions clamoring for greater political recognition. Sriramulu's fast came on behalf of tens of millions who, like him, spoke Telugu, a prominent south Indian language, and wanted their own state within the country.

Yet his protest went unheeded for weeks by New Delhi and, 58 days after it began, Sriramulu died, a sacrifice that triggered widespread rioting and eventually forced the government into forming the Telugu-speaking state of Andhra Pradesh in 1953, as well as other new states organized on linguistic lines. No small irony then, that, almost 60 years later, another hunger strike threatens to dismember the state Sriramulu first won and revive a fierce debate about the nature of the federal Indian nation-state.

Late Wednesday, the Indian government announced it would approve the carving out of a separate state known as Telangana from Andhra Pradesh. The movement for Telangana secession is virtually as old as the Indian republic itself, but it gained traction this month after its main political leader, K. Chandrashekar Rao, commenced a week-long fast. Rao's deteriorating health as well as coordinated protests — some violent — across the 10 districts of Andhra Pradhesh's 23 that comprise Telangana, including the influential hi-tech capital of Hyderabad, seemed to force New Delhi's hand. But it could open a whole series of controversies for the Indian government as many other regional movements have now stepped up their own demands for statehood.

Though Telugu-speaking as well, Telangana had once been part of a separate kingdom ruled from Hyderabad, which recognized British suzerainty during the colonial period but was not administratively part of British India. It was subsumed into the territory of Andhra Pradesh only in 1956, after a further dismemberment of the once-independent Hyderabad kingdom. Though the city of Hyderabad was made the capital of the united Andhra Pradesh state, calls for greater autonomy have lingered, with many in Telangana complaining of marginalization at the hands of the coastal Andhra population.

But if New Delhi imagined it would calm tensions with its nod toward accepting a new state, the move backfired. Dozens of local legislators in Andhra Pradesh have resigned their posts and strikes by those opposing Telangana's secession have paralyzed much of the state. Trains have been blocked, businesses shut down. According to news reports on Saturday, two activists in favor of a "United Andhra" took their lives in protest of the state's splitting. The turmoil has also plunged Hyderabad, a booming, cosmopolitan I.T. hub, into panic as politicians and business leaders fret over the costs of the current instability. "This will be a total flop as investors will flee," says Amruthraj Padmanabhundi, a 27-year-old I.T. professional in Hyderabad. "I am very worried [about] my prospects slipping."

The prospect of Telangana's creation has buoyed similar causes elsewhere as calls for secession echo in nearly a dozen states in India. A four-day strike is under way among the picturesque hills and tea estates of Darjeeling, in northern West Bengal, with protesters intensifying demands for a new state of Gorkhaland that would better address the needs of the area's ethnic Nepalese population. More than 100 activists have begun what they call a "fast-unto-death." On the other side of the country, in the vast desert state of Rajasthan, a caravan of some 5,000 demonstrators and 500 camels paraded into the capital of Jaipur on Friday, agitating for the formation of Maru Pradesh, a state that would be carved out of some of Rajasthan's poorest districts. "Rajasthan is huge. It is not easy to keep track of all the villages, of the development or the lack of it," says Jaiveer Godara, the leading voice of the movement. "The person who lives in the last village of Maru Pradesh has to wait for three days to get supply of water from outside... [And] there are no roads that lead to his village."

At the root of this looming crisis lies the still unresolved question of how the world's largest democracy ought best to govern itself. Independent India was at first a patchwork of former British provinces and princely states threaded together into a federal republic. Some of its states remain huge and unwieldy — for example, the north Indian state of Uttar Pradesh, with its estimated 190 million people, would be virtually tied with Brazil as the fifth most populous country on earth but it would also possess 8% of the world's population under the global poverty line. With a country of India's size and diversity — as well as poverty — there is logic in having smaller states. "It will in fact strengthen [governance] through economic and administrative convenience," says Delhi-based political analyst Paranjoy Guha Thakurta. "India can survive and prosper by breaking up."

The Indian government last fashioned new states in 2000, when three largely remote and impoverished regions were elevated in status. At least two of them — Chhattisgarh and Uttarakhand — have shown marked progress since their inception. Small states like Kerala in the south and Haryana in the north, both with populations under 30 million, boast some of India's highest development indicators. Backers of further decentralization even point to the original, idealistic Gandhian vision for India — of a republic brought together not by a strong central government, but an "ocean" of egalitarian and self-sufficient villages.

Of course, that sort of utopianism has little place in the current hurlyburly of Indian politics. Experts worry that new states may simply mean more jockeying for power and expanded bureaucracy in a country already notorious for its spools of red tape as well as its perpetual political horse-trading. "Ultimately, fragmentation is not a substitute for good governance," says C.V. Madhukar, director of PRS Legislative Research, a Delhi non-profit which advises the government.

Hoping to dampen a few of calls for new and smaller states ignited by the Andhra controversy, New Delhi has dialed back its support for Telangana, insisting that the matter now find a resolution through a vote in the Andhra Pradesh legislature. Given the current tumult, it's unclear when or how such a motion may go through. The political party headed by Rao, the Telangana separatist leader, was trounced both in recent state and national polls. His hunger strike — now ended — and the disturbances organized around it were likely an act of desperation of a movement shorn off much of its real political capital. "Having the government buckle to this kind moral blackmail is not a healthy way to go about things," says Madhukar. "There shouldn't be this sword of Damocles hanging over peoples' heads." A young India may have come of age through such dramatic acts of Gandhian sacrifice, but a more mature nation needs more measured habits.