In  American Chronicle, i found a well written article on
INDIA´S CONCEPT OF NON-VIOLENCE AND GANDHI by Dr. Ravindra Kumar

1. Within the domain of non-violence are all living beings;

2. In spite of being eternal, natural and the first human value, it is a subject of practice according to the demands of time and space;

3. It is an active value; it has nothing to do with cowardice as it is an ornament of the brave; and 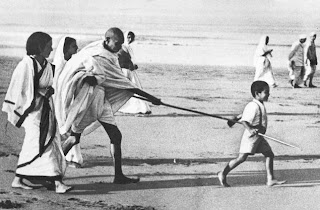 With all the Obama nobel news, Gandhi is back in news.
I was asked, why Gandi did not win any Nobel, while his fans did.?
I vaguely replied Gandhi was too big and far above the Nobel.
In fact, i was never got interested in such a question ever before, except now.
today i saw this article in THE HINDU  on this issue.
It gives some historical insight in to this question often asked but less discussed.
have a great read.

Many ardent fans of Mahatma Gandhi have won the Nobel Peace Prize with the latest being US President Barack Obama, but why was not the ‘Apostle of Peace’ bestowed with the honour despite being nominated five times?

Though he was shortlisted thrice, the selection committees had given different reasons why Gandhi was not conferred the honour, like “he was too much of an Indian nationalist” and that he was “frequently a Christ, but then, suddenly an ordinary politician“.

One of the committees was also of the view that he was “no real politician or proponent of international law, not primarily a humanitarian relief worker and not an organiser of international peace Congress“.

Gandhi, who showed the world that anything can be achieved through ‘Satyagrah’ (passive resistance) and non-violence, was nominated for the award in 1937, 1938, 1939, 1947 and finally a few days before he was martyred in January 1948.

When Gandhi was first nominated in 1937, the selection committee’s adviser Prof Jacob Worm-Muller was critical about him. “He is undoubtedly a good, noble and ascetic person -- a prominent man who is deservedly honoured and loved by masses.

“There are sharp turns in his policies which can hardly be satisfactorily explained by his followers...He is a freedom fighter and a dictator, an idealist and a nationalist. He is frequently a Christ, but then, suddenly an ordinary politician,” he had commented, according to the Nobel Foundation.

Worm-Muller also referred to Gandhi’s critics in the international peace movement and maintained that he was not “consistently pacifist” and that he should have known that some of his non-violent campaigns towards the British would degenerate into violence and terror.

He was referring to Non-Cooperation movement in 1920-1921 when a crowd in Chauri Chaura attacked a police station, killed many of the policemen and then set fire to the police station.

Worm-Muller was also of the view that Gandhi was too much of an Indian nationalist. “One might say that it is significant that his well-known struggle in South Africa was on behalf of the Indians only, and not of the blacks whose living conditions were even worse,” he said in his report to the selection panel.

Though Gandhi was nominated for the Prize in 1938 and 1939, he made it to the shortlist for the second time only in 1947 after India gained independence. Freedom fighters Govind Vallab Pant and B G Kher were among those who nominated him.

The then Nobel Committee Advisor Jens Arup Seip’s report was not as critical as that of Worm-Muller but panel chairman Gunnar Jahn wrote in his diary: “While it is true that he (Gandhi) is the greatest personality among the nominees -- plenty of good things could be said about him -- we should remember that he is not only an apostle for peace; he is first and foremost a patriot.

“Moreover, we have to bear in mind that Gandhi is not naive. He is an excellent jurist and a lawyer,” Jahn said. 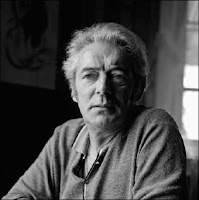